Everdome is tossing out block-like experiences with their ultra-realistic Metaverse launch and settlement of Mars.

The new HUAWEI WATCH GT Runner: Your personal assistant on how to train like an Olympic champion

“Zen 3” Chiplet Uses a Ringbus, AMD May Ought to Move to Work for Core-Count Development 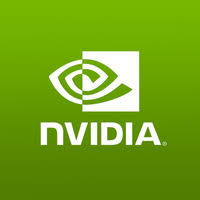 A known leaker who revealed NVIDIA Ampere specifications months ahead of the initial launch has confirmed that the next installment in GeForce RTX 30 series, the RTX 3080 Ti will also feature a crypto mining limiter. According to a tweet posted by @kopite7kimi, NVIDIA will be implementing the same mining limiter that debuted with GeForce RTX 3060 for their next high-end model.

This information should not be a surprise to anyone, because NVIDIA hinted that future RTX 30 releases may have this technology built into the firmware. We already independently confirmed that NVIDIA has recently provided this update on RTX 3080 Ti to AIBs. What Kopite did not post yet is that this feature will also launch for (as it is now listed in the roadmap) GeForce RTX 3070 Ti.

NVIDIA GeForce RTX 3080 Ti is now rumored to launch with GA102 GPU with 10240 CUDA cores. From the originally planned 20GB GDDR6X 320-bit memory, NVIDIA has changed the specifications to 12GB GDDR6X 384-bit. So far there has been no update on the specs.

According to our information, NVIDIA will be focusing on RTX 3080 Ti as soon as it releases. The card is not expected to replace the RTX 3080, but the focus will be on the Ti variant. NVIDIA expects that the mining limiter will be a big factor that will ultimately discourage miners from buying this model.

NVIDIA Geforce RTX 3080 Ti is still scheduled to launch in April, but it’s worth noting NVIDIA has changed the date three times. Initially, the plan was to launch RTX 3080 20GB in December, then RTX 3080 Ti 20GB in January, but the current schedule has not changed since late January.

Copyright © 2018-2022 www.TarekGT.com. All rights reserved. All trademarks used are properties of their respective owners.
Translate »